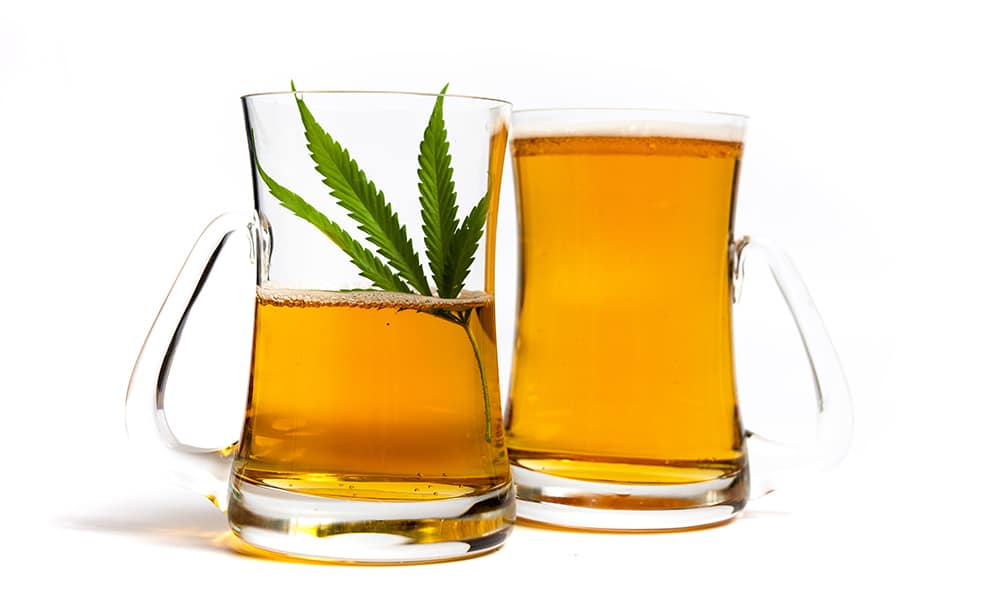 The popularity of cannabis edibles has been on the rise for a while now. We’re way beyond the homemade infused brownies. Today, there are all kinds of foods and drinks containing THC, CBD, and other cannabinoids. One edible that’s been gaining traction is cannabis beer. If you’re looking for a way to get your dose while also enjoying time with friends, cannabis beer may be just what you’ve been searching for.

What Is Cannabis Beer?

Before we get into what cannabis beer is, we should probably touch on what it isn’t. Cannabis beer isn’t your typical alcoholic beverage. In fact, cannabis beers don’t have any alcohol in them at all. California has laws in place that prohibit the sale of cannabis and alcohol on the same premises. The state also doesn’t allow producers to market their products as beer or use any words that refer to beer styles.

So, if cannabis beer isn’t real beer, what is it? It’s a non-alcoholic beverage that tastes similar to beer. Instead of getting the buzz from the alcohol, however, you get the effects of the cannabinoids infused into it. The Draw Behind Cannabis Beer

So, if canna-beer isn’t real beer, what’s the draw? For one, it presents unique opportunities for new and experienced users. It offers a way to enjoy a beverage with friends while watching a movie, playing a game, or hanging out.

Another significant benefit of cannabis beer is that it offers consistent, predictable effects. Serving sizes are intuitive, too. One canna-beer is one dose. Most beverages contain low doses, typically around five milligrams of THC per drink. Additionally, the drinks fit into some of the top trends in the cannabis world: the rise of infused beverages and social consumption.

If you’re interested in giving cannabis beer a try, here are a few of the top brands to consider:

Hi-Fi Hops comes from the well-known Lagunitas Brewing Company. Understanding that the taste of non-alcoholic beers generally wasn’t good, they set about making hop water, the result of brewing a hoppy IPA without the malt. They then combined their hop water with CannaCraft’s AbsoluteXtracts to create their cannabis beverage. The company offers two varieties. One is a bottle with 10mg of THC. The other features 5mg each of CBD and THC.

High Style launched in 2019, offering a canna-beer with 10mg of THC and a blend of terpenes that help to provide an uplifting experience. While it might not taste exactly like a beer, it is crisp, dry, fizzy, and tasty.

Two Roots offers five styles of non-alcoholic cannabis beer, each with 5mg of THC. The options include one that’s hop-forward, a fruit-forward one that’s reminiscent of a Bavarian wheat beer, and a creamy one that’s similar to a stout.

With cannabis beer, you can enjoy a cold beverage with friends while also getting a dose of beneficial cannabinoids. These drinks are easy to consume, discreet, and, best of all, delicious. If you’re the type of person who enjoys trying different types of edibles, cannabis beer is definitely worth giving a shot.